It couldn’t be a hygge blog without the views and opinions of an actual Dane! 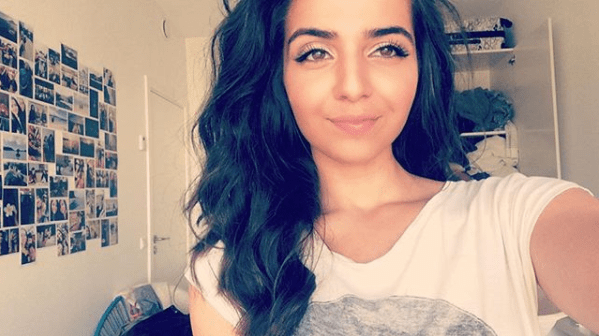 Madina Zaman, 21, is currently a psychology student in Copenhagen, Denmark but I know her as her original Instagram handle, you_can_overcome_this. Madina was born in Afghanistan and immigrated to Denmark with her family when she was five months old! Through this wonderful thing called Instagram over the past three years, we’ve become to be great friends and I look forward to meeting her in person one day!

(Disclaimer: Some of Madina’s quotes are edited for readability but Madina is an excellent English orator and I admire her ability to speak more than one language.)

From what I understood about our conversation, hygge in Denmark is as natural and involuntary as breathing. At one point, she tells me, “I told my friend that I was doing this interview with you about hygge and they go, “Why would someone in Canada want to write about hygge?””

WHY WOULDN’T I? IT’S THE GREATEST THING EVER! (Extreme bias over here)

When I asked her about hygge in her community, she said,

In our interview, she confirmed quite a few perceptions I had of hygge in Denmark. I found in my research that many Danes will have cabin weekends away, even for an entire summer. I found this to be an intriguing part of our conversation because this is very closely related to Canadian hygge. I have vivid memories of going to my cabin when I was a child and consider it to be a hyggelig thing to do in the summer. Since Denmark is quite unique geographically, Madina says lots of people will have cabins in Northern Denmark because “there’s lots of nature and coastline and it gives it that cozy atmosphere.”

The fascinating thing about hygge is that what Canadians find to be hyggelig, the Danes find it that way too! For Madina, she says one of her favourite hygge moments growing up was watching movies with her younger brother and eating popcorn. I smiled at this comment because this is one of my favourite past times too – and I’m sure other Canadians would agree with me!

My favourite story she shared about hygge was when she talked about her class’s views on hygge back in middle school. This story really brings home the importance of how much hygge means to the Danish.

“I remember back in English class when I was 14-15, we had to write this essay as if we were writing to a friend in the United States, and we had to tell about the Danish culture. We were 24 students in the class – every single one of us mentioned hygge. It’s because it was a topic for itself because how do we describe something that doesn’t really have a word. We asked if we could use that word and my English teacher said that’s the best way to learn what it means. Have that name and then describe everything single feeling about this word or this sense.

It was funny to see how different opinions were about what hygge meant for other people. There was this overall knowledge about hygge, everyone had that joy element, but how they find that joy and hyggelig feeling in them was super interesting to see.  The boys were like “chilling with my guys, playing football”, that typical thing. The girls would have more detail about it, but it was all correct. My teacher said it was everything and nothing, you know? It’s such a huge thing that there’s no concrete answer for it. We were just so fascinated by it.”

We are fascinated by hygge too!

I eventually had to go to class soon after and it was funny it was almost 8 pm Denmark time for her (gotta love time zones), but I want to thank her for her time and her positivity on such a crazy cool topic!

23 and studying communications! Come join me on my blogging journey. View all posts by Dani.wenger